Winter is a time in look inward.  The days are shorter, the weather (at least in the east) is cold, and being inside is more inviting.  So, what to do…. One good suggestion I came across is to get a binder and include: A financial asset list, a non-financial asset list (personal items that may be of value), computer passwords, credit card numbers, emergency contacts, estate planning documents and the location of your financial adviser and lawyer, funeral arrangements, health information (and this is super important if you take medication and have chronic conditions), insurance policies, and tax statements (or a note indicating the location of the previous year’s returns) and the name and phone number of the accountant.

This may also be a time to take another look at your will, healthcare power of attorney and financial power of attorney.  Do you want to change beneficiaries?  Do you have new grandchildren or nephews and nieces?  Did you have a death in the family last year and what did you learn from that experience relative to your own financial situation?

As you ponder the future, take a look back at the last year or even the last decade and marvel at your accomplishments.  Writing these things down with pen and paper instead of a computer can enhance the experience of patting yourself on the back.  The exercise of writing is very positive.  We all need pats on the back and sometimes we are the only one who will do it for ourselves.

Cheers to your past accomplishments and future endeavors.  May you have smooth sailing ahead.  Happy 2020.

Death Rituals in Other Countries 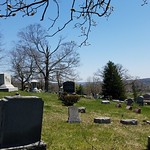 If you are interested in thanatology (the study of death), I recommend the 2017 book, From Here to Eternity: Traveling the World to find the Good Death by Caitlin Doughty.  It’s a fascinating account of death practices in parts of the US and in other countries.  I admit I was both fascinated and appalled by some of the rituals and at the same time, awed by the myriad ways people’s faith and customs direct their grief.

There is no “best” way to die or to mourn; there is only the “best” way in the culture in which one lives.

Let me know if you read the book.  And if you are in Pittsburgh on December 12, 2019 please come to the Death Café at the Upper St. Clair Library at 7 PM.  Look in the archives for posts about Death Cafés or visit deathcafe.com.

A story in the Pittsburgh Post-Gazette reaffirms the importance of talking to one’s family about end of life decisions.  I never gave this much thought until now.  When a person requests cremation, I assumed the family or designated person would either take the cremains in a container, make arrangements to bury the container, or spread the ashes in a designated place.  Nationally, in 2018, 15,000 containers were not picked up; that’s 1% of all cremations.  While the percentage is not high, funeral homes have boxes going way back…even for 40 years.  Some funeral homes may decide to bury the containers in a single grave after a specified period of time.

One solution may be to request payment from the family for burying the cremains and if the family claims the container, the family will be reimbursed.  Asking for a fee, according to one funeral home, has led to a decrease in abandoned cremains.

There are no easy answers.  And family members who were deemed responsible for handling end of life wishes may themselves take ill or die before they can carry out their responsibilities.   So, it is important for us, as responsible citizens, to make our wishes known to our family, including what we want done with our ashes.

Thoughts?   Please share and start a conversation in your own community.

What a Great Idea! 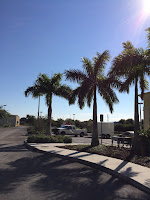 From The Washington Post, November 14, 2019:  A family is downsizing after living in their home for 45 years.  They decided to throw a party and encourage their guests to take an item or ten from their home.  Is this the beginning of a downsizing party phenomena?

From the pictures in the article, it looked like the couple had many keepsakes, souvenirs from years of travel, and political memorabilia.  Included in the giveaway were plant cuttings and books.  It also appeared they had lots of friends who had children and grandchildren who needed things.

The author likened the party to the Swedish practice of “death cleaning” which I have written about.

Reminds me of the clothing swap that was the rage years ago where a group of women would bring clothes they no longer wanted to a designated location and swap with their friends.   A clothing party! Nowadays, there are websites where you can sell your clothes or buy used clothes.

Since I am in smaller quarters, I have to carefully decide if I have space when I am considering a purchase- clothing, shoes, canned goods, health and beauty items, and even refrigerated items.
Think about this when making a purchase.  Is it a need or a want?  No easy answers.

Let me know your thoughts. 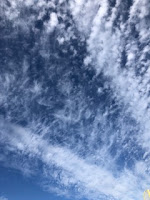 A story on nextavenue.org/talk-about-death, discusses Katie Couric’s regrets.She wanted to be positive as her first husband was dying of colon cancer.  She said she never discussed with him the idea that he might die.


She is now writing her memoir and met with the doctors who took care of Jay Monahan to “revisit” those days.

I was surprised by her admission.  I thought Katie Couric “has it all together”.  She’s smart, articulate, and has all the resources at her fingertips.  I was wrong.  Very wrong.   She was as vulnerable as any of us and when we are in a crisis mode, we don’t think straight.  That’s why it is so important to make plans ahead; to talk with family about the “D” word.

The story goes on to say that the $16 billion US funeral industry is being shaken up by the new thoughts of death rituals and burials.  I have not watched the HBO documentary Alternate Endings: Six New Ways to Die in America, released August 14, 2019.  However, I have written about many of the show’s topics: green burials and urns among others.  What I have not discussed and what is a new idea to me is the “living wake” which “force people to say things to each other while still alive.”    I’d rather have a birthday or holiday party than a living wake!  The key, as I see it, is to talk to your family about your death and how you want it to be handled.

The D word doesn’t take away hope or research; it merely makes it less frightening.  And while I’m on the subject of talking about death, I will be hosting another Death Café in Pittsburgh in December.  There is even a Facebook group for Death Café Pittsburgh!  Let me know if you are interested in attending and I'll send you info as it becomes available.

Music at a Funeral 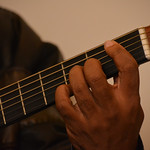 I held onto an article from the Pittsburgh Post-Gazette for over a year.  It was a feel-good piece by Brian O’Neill about a duo (keyboard and guitar) who play for weddings and funerals in the Pittsburgh area.  What a concept!  I think background music in a funeral home would be comforting.  While I have not experienced this- yet- I think music would be calming.  What are your thoughts?

Musical selections, in addition to hymns if that is in your tradition, is one more way to honor the deceased and is another option for someone who wants music at his/her funeral to be proactive.  Recently there have been several obituaries that are funny and/ or sarcastic that have gone viral on the internet.  The deceased either wrote it in advance or the family created it as an homage to their loved one.  Planning ahead is the key and sets the stage for the long period of grieving for friends and family.

Email ThisBlogThis!Share to TwitterShare to FacebookShare to Pinterest
Labels: funeral


While we know we need advanced directives, many of us have not taken the steps to create this document.  Here are several resources:


And, of course, there is always an attorney who can help you work through your decision making process.

About Naomi and the VIF

As a responsible adult and a wife, mom and grandmother, I am passionately interested in the art of conversation about life issues.
The Vital Information Form is in a PDF format. Convert it to a Word document for your own personal use. It is designed to have all your information, your roadmap, in one place. The location - not the contents - of the document should be shared with a trusted adult who does not live with you.